The bill will result in new dorms next to 15th street - one of the busiest streets in town. The University has not built new student housing since the 1960s and the current housing has been inadequate according to Wyoming Governor Mark Gordon. The bill was pushed through this past legislative session with little resistance. Criticism on the bill was mostly over the large price tag. The money would come mostly from the legislature over the next thirty years. But the University would have to pay it all back by raising tuition costs.

Students, however, said that new housing would be beneficial to both them and the University.

"I think it's pretty cool. I haven't really read into that. I think new dorms would be really good. I don't know how old ours are but I know that some are pretty bad. Well, I think it would make it more modern and probably attract more students. That's pretty much it just attracts more students and it might help kind of put Wyoming on the map," said Becca from White Hall.

"I think it's a good move for sure. I think that it's time for the dorms to be updated and I hope that the money is used wisely and spent well," said Hunter from McIntyre Hall.

New dorms would take up space from the Wyoming Union parking lot to the Wyo Hall and would be up to six stories high. Dorms would have to house three-hundred to six-hundred students. Since much of the construction would be near 15th street it would create traffic problems for both pedestrians and cars.

"I feel like that's probably not the best place for dorms it's kind of out of the way compared to the rest of them.

Do you have any opinions on the fact that they might close 15th street? That's probably going to cause a lot of traffic so… not looking forward to it," said Conner from McIntyre Hall.

With these issues and a part in the bill that only requests for a mile-wide parking area but does not require a parking garage students were not looking forward to it.

"I think that's a good idea… I guess. I also think that they should maybe focus more on parking cause parking is just awful here. Maybe turn it into a parking lot instead?" said Riley Ross. 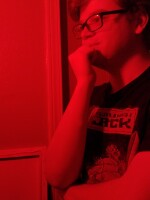 Nolan Behnke
My name is Nolan Behnke, I'm a Journalism major, at the University of Wyoming. I am in my third year at the University. I have taken a variety of classes at the University, but this is my first internship. I wanted to intern at WPR because I enjoy radio to an extent and what goes into producing it. I also thought it would be a great place to discover how to write news well and get a sense of how it affects the world around me. I plan on pursuing some career in journalism when I receive my degree. I would love to work with film in the future. I have a blog with some of my work called Nolan's Corner on Wordpress. I have participated in the Western Thunder Marching Band. I am apart of the 7220 entertainment films committee. Some of my interests include movies, television, video games, books, music, and others.
See stories by Nolan Behnke
Newsletters
Get the top stories in local and regional news, podcast updates, and much more straight to your inbox.
SIGN UP
Latest Stories
Related Content