Why Are So Many Kids Without Health Insurance?

Wyoming is a pretty good place to be a kid, and the 2019 Kids Count Data Book agrees. Their report released this week gave the Equality State high marks for education and economic well-being. But when it comes to health, we're second to last in the nation. Wyoming Public Radio's Tennessee Watson takes a look at why.

If you live in a rural place, basic services aren't just own the street, and that includes a doctor's office or emergency room. For people living with a chronic condition, that can make life complicated. Wyomng Public Radio's Maggie Mullen reports on one program attempting to help rural patients.

A recent report found that Wyoming hospitals are charging private insurance way more than Medicare. The report raised some eyebrows about why that may be the case, and if hospitals are overcharging. Wyoming Public Radio's Kamila Kudelska has more.

"That's The Only Way We're Going To Get Closure": State Seeks New Ways To Reduce Crimes Against Native Women

At a march last month on the University of Wyoming campus, Governer Mark Gordon announced a decision to create a taskforce to study the problem of missing and murdered Indigenous women in Wyoming. As Wyoming Public Radio's Melodie Edwards reports, a gap in data makes it unclear just how systemic the issue is here, but nationally it's believed that Native American women experience violence at rates ten times the national average.

After Years Of Hurdles, Gillete's Water Project Is Nearly Done

Thanks to long term growth, Gillette has been in dire need of an expansion to their existing water supply. Soon, a more than 10-year effort to expand the existing water supply will come online, providing water to those residents and possibly others. Wyoming Public Radio’s Catherine Wheeler reports on what officials say is the largest water project in the state history.

Wildfires and energy development have changed the Western landscape, clearing hundreds of thousands of acres of native vegetation. It's fragmented the once-massive sage brush ecosystem relied upon by hundreds of species. Wyoming Public Radio's Cooper McKim reports scientists are developing a way to rebuild that landscape.

Powwow season kicks off on the Wind River Reservation this weekend with the 60th annual Eastern Shoshone Indian Days. Visitors will have the chance to see singing and dance competitions, try Indigenous foods and shop Native-made art and jewelry. There is also etiquette to keep in mind. Wyoming Public Radio's Tribal Affairs Correspondent Savannah Maher visited powwow singers and dancers during an exhibition at the Wind River Casino and asked for their advice on being a respectful visitor.

Two twin girls set out on a quest to save a species on the brink extinction. This is the premise of the new children's novel Akorena and the League of Crows. It's set in the American West in a distant, almost dystopic future. The girls Zita and Isabel can talk to birds, and so their quest is tied to the natural world in more ways than one. The book's author is Melody Edwards, also a reporter at Wyoming Public Radio. She joined host Caroline Ballard to talk about the book and its message.

StoryCorps: Teton Science School Making A Difference In The Lives Of Students

When StoryCorps came to Jackson last summer, Teton Science School Executive Director Chris Agnew asked a former board member Jean Jorgensen to recall the school's early days... and how it all started with the founders Joan and Ted Major.

Catherine Wheeler
Catherine Wheeler comes to Wyoming from Kansas City, Missouri. She has worked at public media stations in Missouri and on the Vox podcast "Today, Explained." Catherine graduated from Fort Lewis College with a BA in English. She recently received her master in journalism from the University of Missouri. Catherine enjoys cooking, looming, reading and the outdoors.
See stories by Catherine Wheeler

Savannah Maher
Savannah comes to Wyoming Public Media from NPR’s midday show Here & Now, where her work explored everything from Native peoples’ fraught relationship with American elections to the erosion of press freedoms for tribal media outlets. A proud citizen of the Mashpee Wampanoag tribe, she’s excited to get to know the people of the Wind River reservation and dig into the stories that matter to them.
See stories by Savannah Maher

Maggie Mullen
Maggie Mullen is Wyoming Public Radio's regional reporter with the Mountain West News Bureau. Her work has aired on NPR, Marketplace, Science Friday, and Here and Now. She was awarded a 2019 regional Edward R. Murrow Award for her story on the Black 14.
See stories by Maggie Mullen 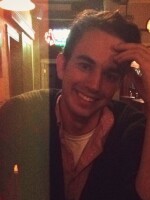 Alec Schaffer
NPR has always been a part of my life as a trusted news source and an informative companion helping me to pass the time. I am excited to be a member of the WPR team this fall. I am a UW senior in sociology but thankful for the opportunity to learn the ropes of radio and public media.
See stories by Alec Schaffer