Click 'play' to hear the audio version of this story.

About 2,500 people attended the quickly-organized event outside of city hall. Many expressed shock, hurt and anger at the brutal attack that has left one toddler dead and that sent eight other refugees to the hospital.

Bushra Mohammed from Yemen is friends with the family of the three-year-old who was killed. She wiped away tears as she described the painful past two days.

“It’s really hard to know that something this horrible has happened in our beautiful city—where many of us come here for safety,” said Mohammed. “We just never thought something like this would happen here.”

“We were really close with the family and just knowing that she’s no longer here really hurts,” Mohammed said, choking up.

Islamic faith leaders, refugee coordinators and Mayor Dave Bieter addressed the somber crowd with a mix of grief and gratitude for the outpouring of community support.

Some held signs with phrases like, “Love Wins.” One poster, held up by a 16-year-old boy who said he witnessed the attack, read, “I will never forget seeing my friends getting stabbed in front of me.” Alwaleed Abdullah and Fatimah Abbood also came to honor the victims, who were their friends and former neighbors. The Iraqi couple were supposed to get married on Sunday, the day after the brutal stabbing. But they called the wedding off when they heard the upsetting news.

“When that incident happened we just decided that we cannot do it,” said Abdullah. “We emotionally feel like we are not ready to do it, with all of the injured people in the hospital.”

The couple plans to reschedule the wedding when the remaining eight victims leave the hospital.

“The best way to counter the heinous act of a few days ago is with an overwhelming show of kindness and support for each other,” he said. “A random act from someone outside our community does not define us. But what will define us as a community is how that suffering brings us together.”Muntaga Bah, President of the Islamic Center of Boise said he was shaken by the tragedy, especially after visiting the hospitalized victims.

“I was able to see the families today,” he said. “It was really disheartening what I saw.”

Bah said that in more than 30 years living in Boise, he has not once felt unsafe. He concluded his remark with a saying in Arabic often spoken at Islamic funerals.

“Inna Lillahi wa inna ilayhi raji'un,” he said, voice quavering. “That means: we all belong to Allah, and to him we shall return.”

Cynthia Limber from Boise said she hopes the refugee community feels supported and welcome, despite the attack.

“Showing up and being part of the masses makes me feel a tiny bit better, and hopefully it brings some comfort to the people who are affected,” Limber said.

The International Rescue Committee in Boise helped plan the vigil. The group’s director, Julianne Donnelly Tzul, spoke near the end of the ceremony. She urged the crowd to continue donating to IRC’s drive, which will be used to pay for medical costs and other expenses for the victims and their families.

“A humble and profound thank you for your love of your neighbor and fellow community members,” Tzul said. “Please keep that going, Boise.”

This story was produced in part by the Mountain West News Bureau, a collaboration between Wyoming Public Media, Boise State Public Radio in Idaho, Yellowstone Public Radio in Montana, KUER in Salt Lake City and KRCC and KUNC in Colorado.

Amanda Peacher
Amanda Peacher is an Arthur F. Burns fellow reporting and producing in Berlin in 2013. Amanda is from Portland, Oregon, where she works as the public insight journalist for Oregon Public Broadcasting. She produces radio and online stories, data visualizations, multimedia projects, and facilitates community engagement opportunities for OPB's newsroom.
See stories by Amanda Peacher

Amanda Peacher
Amanda Peacher works for the Mountain West News Bureau out of Boise State Public Radio. She's an Idaho native who returned home after a decade of living and reporting in Oregon. She's an award-winning reporter with a background in community engagement and investigative journalism. 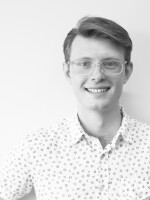 Will Reid
Will Reid is a senior at Yale University studying English and Creative Writing and he’s thrilled for the opportunity to cut his teeth in radio in Boise. He covers all kinds of topics for Boise State Public Radio, but is especially drawn to stories about energy, the environment and the institutions that shape our lives.
See stories by Will Reid
Become a Sustaining Member!
Newsletters
Get the top stories in local and regional news, podcast updates, and much more straight to your inbox.
SIGN UP
Latest Stories
Related Content