The 2016 U.S. presidential election highlighted the ability of Russian intelligence to exploit social media to target fragmented social communities and amplify its propaganda efforts within them. Former FBI counterintelligence agent Asha Rangappa examines how Russia took advantage of an already existing vulnerability in America's social fabric, and its implications for the future of democracy.Asha Rangappa is a Senior Lecturer at the Yale University’s Jackson Institute for Global Affairs and a former Associate Dean at Yale Law School. Prior to her current position, Asha served as a Special Agent in the New York Division of the FBI, specializing in counterintelligence investigations. Asha has been a contributor on numerous television and radio outlets, and is now a legal and national security analyst for CNN. 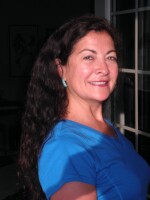 Emy DiGrappa
Emy DiGrappa is the producer and host of ThinkWY Radio. She has over 20 years’ experience in marketing and public relations and was the creator and host of The Mountain Muse radio show, which has grown into ThinkWY Radio, with support from the Wyoming Humanities Council. She lives and works in Jackson. DiGrappa collaborates with many people to provide interesting and colorful interviews for her listening audience.
See stories by Emy DiGrappa
Newsletters
Get the top stories in local and regional news, podcast updates, and much more straight to your inbox.
SIGN UP
Latest Stories
Related Content