While the Olympics are going on in Tokyo, a Ninja gym in Laramie sent four of its athletes to the 2021 Ultimate Ninja Athlete Association (UNAA) World Series Final Championships last week.

Despite having more than 5,000 athletes competing for a chance to participate in the UNAA World Finals, LEAP owner Derek Mitchum said that he is proud to be able to have four athletes qualify for the world finals, and that they have represented Laramie and Wyoming well at the competition.

LEAP ninja coach Jon Gosselin said that the Ninja warrior sport originated from a contest that was held in Japan, originally called the Sasuke challenge.

"It is basically a combination of gymnastics, rock-climbing, and acrobatics, used to get through an obstacle course. So there's a lot of swinging, a lot of climbing, jumping, balance, all of those athletic courses are part of ninja," Gosselin explained.

Nine-year-old Flora Caputo-Wilkowski competed in the finals championships for girls 9 and under division and said arms, hands, and core are the most important parts of the body to use when doing ninja sports.

"We really feel like it's an amazing sport for the general physical, so no matter what your ability level or age, all you really need is a good attitude of wanting to try it and give it your best," Mitchum added. 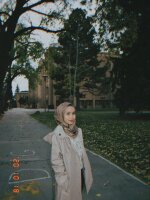