A junior high school robotics team from Casper has won a state LEGO robotics competition and will travel to Houston to compete against teams from across the world.

The Centennial Electronic Eagles from Centennial Junior High competed against more than 60 other Wyoming teams for the honor of going to the international FIRST LEGO League championship. FIRST LEGO League challenges students to build robots that complete challenges in an obstacle course. The effectiveness of the robot is scored, along with presentation and teamwork elements.

The team's coach, Dallen Griffith, is not a teacher at the junior high. He got involved because his daughter wanted to participate.

"One kid that's been with me for basically eight years is my daughter. She came home and said, 'Dad, please coach LEGO robotics or else they're not going to have it,'" said Griffith.

Griffith's daughter is one of two students who has been on the team for multiple years. The rest of the team members are new to FIRST LEGO League.

The team is working to raise money for the trip to Houston in April. They are holding a live auction at the Gaslight Social in Casper on March 15 and a raffle drawing April 5. 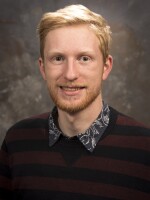 London Homer-Wambeam
London is a senior at the University of Wyoming studying Film Theory and Media Production. He grew up listening to Wyoming Public Radio, and has always had a fascination with unique human interest stories.
See stories by London Homer-Wambeam
Latest Stories
Newsletters
Get the top stories in local and regional news, podcast updates, and much more straight to your inbox.
SIGN UP
Related Content