The Wyoming Symphony Orchestra in Casper celebrates its 70th anniversary this season. The orchestra is also marking Beethoven's 250th birthday and the 150th anniversary of women's suffrage in Wyoming.

This is Christopher Dragon's first season with the Wyoming Symphony Orchestra. He is the orchestra's seventh music director since the orchestra formally began in 1947. But the WSO's beginnings go back even earlier.

Executive director Rachel Bailey says orchestra began informally in 1929 in Casper and ran until it was sidelined by World War Two. "It was developed really, purely, for the love and to play music," said Bailey. There was a group of musicians in town that wanted to continue to play and practice their craft and they kind of just started a symphony orchestra." After the war, the Wyoming Symphony Orchestra restarted in 1947 and was formalized with a president and a board of directors. 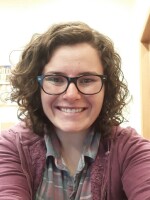 Korina Ike
Korina Ike is a first year master's student in the Department of History. She is particularly interested in the environmental history of the American West. When Korina isn't happily pursuing higher education, she likes to spend time with her family (which includes Tequila, a German Sheperd mix)!
See stories by Korina Ike
Newsletters
Get the top stories in local and regional news, podcast updates, and much more straight to your inbox.
SIGN UP
Latest Stories
Related Content