The Radio Television Digital News Association (RTDNA)  announced Tuesday the winners of the 2019 national Edward R. Murrow Awards. These awards honor the highest caliber journalism being produced by radio, television and online news organizations around the world. The Mountain West News Bureau's Amanda Peacher won best in feature reporting for her story on a student in Boise experiencing homelessness.

"Evicted And Homeless, This 14-Year-Old Describes Every Day As 'A Fight'" was originally broadcast on September 25, 2018 across the five-state region of the Mountain West News Bureau and later carried nationally on NPR's Morning Edition on October 9.

The story traces the daily life of a junior high school student in Boise named Caydden Zimmerman, who struggles to balance school work with homelessness. Peacher's story surveys the causes and impacts of being homeless. It also features his guardian, grandmother Pam Cantrell, and follows them as they secure themselves a home.

"Growth is a huge issue in our region," Concannon says. "We have some of the fastest-growing communities in the nation and this boy and his family's struggles illustrated the less positive aspects of that growth. It was an important story and we are truly honored by this national recognition."

RTDNA has been honoring achievements in journalism for 48 years. Award recipients are said to demonstrate "the spirit of excellence that Murrow set as a standard for the profession of broadcast and digital journalism."

The award will be presented at the Edward R. Murrow Awards Gala on October 14, 2019 at Gotham Hall in New York. 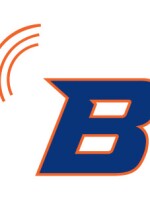 Staff
Our Purpose: Be at the civic, cultural and intellectual forefront of our community to create an informed, engaged public.
See stories by Staff
Newsletters
Get the top stories in local and regional news, podcast updates, and much more straight to your inbox.
SIGN UP
Latest Stories
Related Content