Mark Zuckerberg is on the hot seat this week. He’s testifying in front of Congress about Facebook user profiles being mined without permission.

That’s especially true in the Native American community, where Facebook is much more than sharing cat videos or keeping in touch with friends and family.

“I don’t have words today,” she said.

Lamb is a member of the Gros Ventre tribe. She’s also an activist within the Missing and Murdered Indigenous Women’s’ movement, or MMIW. The group brings attention to the disproportionate number of native women who go missing or are murdered across Canada and the United States.

Lamb was at the state capitol in Helena, Mont. to listen to testimony about how many Native American women have disappeared or have been murdered in Montana over the past few decades.

Lamb uses Facebook to organize marches, teach-ins and connect with other indigenous people from California to Alberta.

“Even though we haven’t met in person, through social media we’ve been able to connect and share and expand our network,” Lamb said. “Essentially we’re all doing the same work and no one person owns a movement. So we can all move forward together through social media.”

Social media is vital in Indian Country. It helps connect communities and reservations that are scattered across North America. Many are in rural, isolated places that don’t get a lot of attention from national media outlets.

Places like Pablo, a small, one-highway town in northwest Montana where Patrick Yawakie goes to college. He was an organizer for Native Lives Matter a couple years ago. 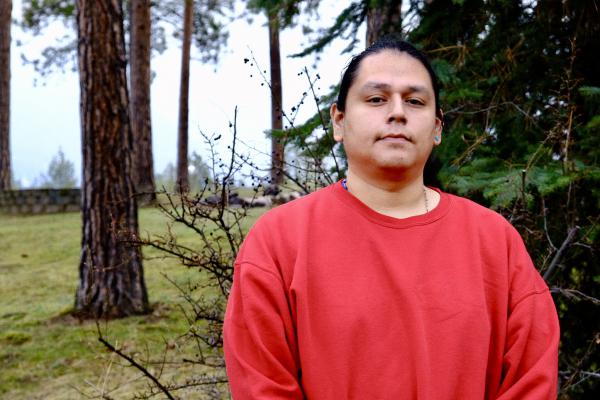 “Ferguson was going on, and what Native Lives Matter was trying to do was highlight missing indigenous and murdered women and other Native American lives that were taken by police,” he said.

According to Yawakie, the Facebook page for Native Lives Matter got attention from users as far away as Europe and Asia.

That outreach he said was critical because it helped educate non-natives about what it means to be indigenous in North America today.

“A lot of the outside world just have stories or movies that they’ve seen that describe the life of a Native American,” he said.

But Yawakie is also wary of Facebook. He said when he was at the pipeline protest at Standing Rock, police and private security firms would use the platform to keep an eye on activists.

“There is a fine balance about who is recording that data and keeping it rather than using it as a tool to be able to spread your message,” he said.

And in Indian Country that message can also be about mundane things — from community classes to bike donations and fundraisers. And then there are public service announcements that can actually save lives.

When a bad blizzard caused a state of emergency on the Blackfeet Reservation in Montana, people used Facebook to warn which roads were closed and to get food to needy families.

Briana Lamb said people will post status updates and share them if there’s flooding on her reservation.

But as much as she loves Facebook, Lamb said indigenous communities would find other ways to get in touch and organize if it disappeared. She pointed to the founding of the American Indian Movement in the late 1960s.

“They didn’t have Facebook and I think they got a lot of things done,” she said. “So they would obviously adapt and change to the world and find a way. There’s always a way.”

But she’s not planning to delete the social media platform just yet.

The Northern Arapaho Tribe has announced it will no longer use the Federal Employee Health Benefits Program but instead will self-insure tribal employees in hopes of moving toward greater tribal sovereignty. Last year, the tribe took over the management of their health clinics, too.

A First For Wyoming Women Complicated By Racism

The Wyoming House passed a bill to create a day commemorating Estelle Reel. She was the first woman elected to a statewide office in 1894, as the Superintendent of Public Instruction.

Tribal leaders, national policymakers and educators came together last week at Sheridan College to talk about how to decrease racial tensions on their campus. Back in September, racial slurs were written on a whiteboard on the dorm door of two Native American students there, prompting a series of discussions about how to prevent future attacks.

Northern Arapaho Chairman Roy Brown participated in the roundtable and said he commends the college for taking action.

Environmental groups continue to voice alarm after the Wyoming Game and Fish Commission recommended moving forward on a grizzly bear hunting season. At a January meeting, the commissioners instructed the Game and Fish Department to start writing rules for hunting regulations. The first season could open as early as this fall.