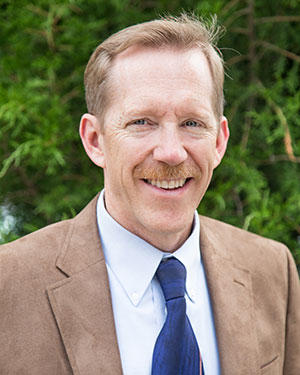 The Interior Department is once again facing change in agency leadership. The acting head of the U.S. Fish and Wildlife Service has stepped down.

Greg Sheehan was a Trump appointee who’d been with the agency for 14 months. He says he’s leaving to spend time with family in Utah.

The Interior Department issued a statement calling Sheehan “an incredible asset to the Interior team.” His departure is one of a number of shake-ups in the department under Secretary Ryan Zinke.

"I think there’s just a lot of turmoil in the Interior right now," says John Freemuth, a professor of environmental policy at Boise State University.

Under Secretary Zinke, the Interior Department has also made changes to National Park Service leadership, including the reassignment of Yellowstone Superintendent Dan Wenk.

Freemuth is worried that the constant musical chairs may be bad for morale. "Just the way people are somewhat moved around, but there doesn’t seem to be a logic or a pattern to it. It just happens occasionally."

Sheehan will be replaced by another appointee who will act as the Fish and Wildlife Service director until the Trump Administration puts forth an official nominee before the Senate.

The head of Yellowstone National Park is leaving his post next month after the Trump administration forced him to either take a transfer to D.C. or retire early.

But during a press conference Thursday, he mellowed his tone.

Federal mineral leasing has increased under Interior Secretary Ryan Zinke. But it looks like he has a soft spot for bighorn sheep. Last week, the Department of Interior announced plans to renew a mineral withdrawal for the Whiskey Mountain Bighorn Sheep. A mineral withdrawal limits mining activity.

Zinke Goes West, Then What?

Too many decisions about the West get made in Washington, D.C. At least, that's what the Secretary of the Interior thinks. Ryan Zinke plans to move thousands of the department’s employees out west to manage water, public lands and energy from there. How might this seemingly dull, bureaucratic plan affect the West in interesting ways? Here's how people with a vested interest responded–starting in Wyoming.

National parks tourism pumped nearly $36 billion into the U.S. economy last year, and communities just outside the parks benefited the most. That’s where more than 330 million visitors dropped more than $18-billion-dollars and supported 255 thousand jobs.