The planes are equipped with a special fire-fighting device called a MAFF –which stands for Modular Airborne Fire Fighting System and can drop up to 3,000 gallons of water or fire retardant in less than five seconds.

Deidre Forster with the Wyoming Military department says that sending the planes to the northwest will not impact Wyoming’s own fire-fighting abilities.

In addition to the two planes, the guard has sent 27 air crew and maintenance workers. 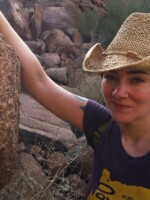