The ski industry is an important economic driver in our region, but it's facing a lot of changes. Climate change, for one, is transforming ski resort leaders into activists and lobbyists.

In 2018, Aspen Skiing Company launched an edgy ad campaign called "Give a Flake."

As part of the campaign, they made a music video that shows action shots of skiers and snowboarders shredding up mountains while bright red letters in all-caps flash across the screen saying things like "If you love powder days, protect your passion, respect the mountain, join the movement." 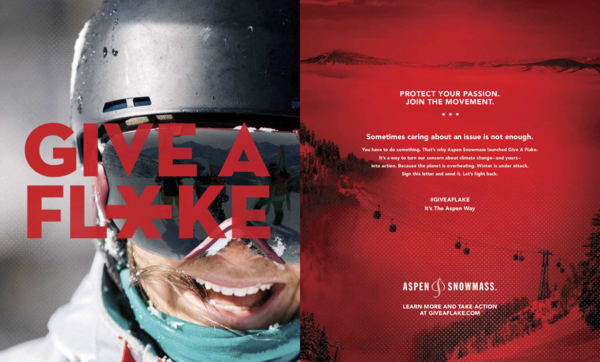 Christian Knapp is the head of marketing and sales for Aspen. He said they're trying to make people aware that climate change is affecting the industry. Then they're also giving them tools to get involved.

"There's a really cool Twitter widget," said Knapp, "where you can go in and put in your zip code and it will pull up your state senators and representatives."

The app shows the user how those politicians have voted when it comes to climate issues. "So you can see if they 'give a flake,'" said Knapp, "or they don't. And then you can choose to generate a tweet at them."

And for the non-digitally inclined, Aspen's printed ads in outdoor sports magazines that are actually postcards that you can tear out, sign, and drop in a post office box and send directly to three Republican senators "who are really swing votes on climate," Knapp said. 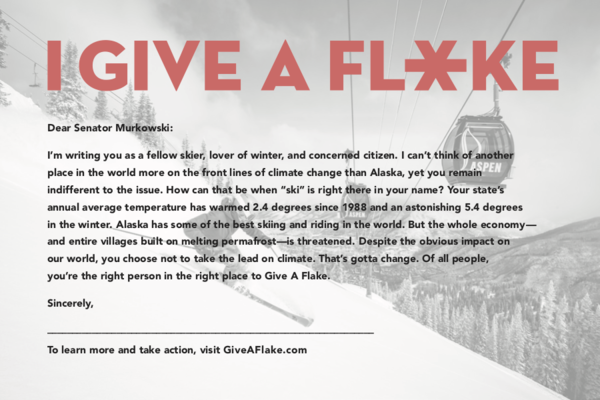 Aspen is also working with the Boulder-based nonprofit advocacy group, Protect Our Winters, or POW, as it's known. A couple years ago, POW hauled a 1970s era phone booth to the base of Aspen mountain.

Torrey Udall with POW said they had people calling their elected officials from that phone booth "to urge them to protect the methane rule that was up for a vote in the Senate."

Udall said, "many of the people had never called an elected official on any issue and especially not on climate."

Offering people easy advocacy opportunities when they come to a ski resort, said Udall, is key to building a movement of people who care.

And they're not stopping there. Recently, POW took Aspen's Mr. Knapp to Washington.

Knapp was inside the halls of Congress on what turned out to be a historic day. Brent Kavanaugh was testifying in his bid to become a Supreme Court justice. So there was a lot of buzz in the Capitol, he said.

There were about 30 other members of the snow sports community as well — from ski resort representatives and gear brand owners to Olympic athletes. 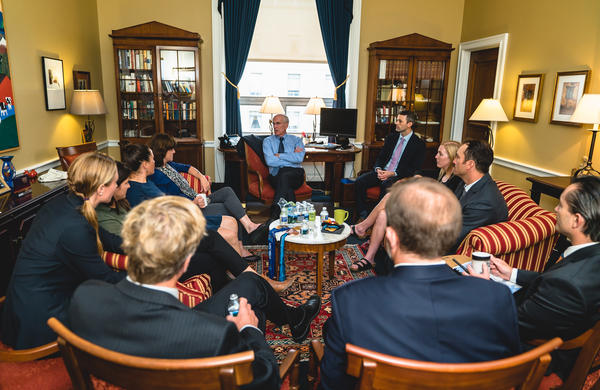 "We had some great meetings with some of the senators and representatives on both sides of the aisle," said Knapp. "Talking to them about climate legislation that can help our future in the snow sports industry."

Going to D.C. isn't for everyone, though. Mike Nathan is the Sustainability Manager at Arapahoe Basin, or "A-Basin," a small ski area 80 miles west of Denver. He's has been active on more local environmental issues.

While Nathan says political activism is important, he said "I don't think we'd feel very right about touting this climate action and advocacy if we weren't actually doing anything here. You gotta walk the walk too."

That's why more and more resorts are trying to "green" their own operations. At A-Basin, for example, Nathan oversees several energy efficient buildings and a waste reduction program. He says it saves money but it's also about setting an example. 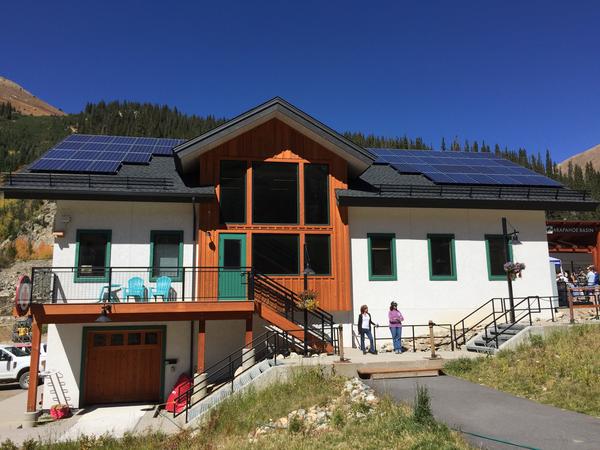 "If some guest that skied here on a Saturday goes home and puts a compost bucket under their sink," Nathan said. "I'm super happy."

But he said they do sometimes get pushback.

We'll have a Facebook post around some sustainability win or a new project or an event or something," Nathan explained. "And there's always like one person that's like Oh, pff. Great. A-Basin's political now. I guess I won't come. And then a hundred people jump on their back and we don't even have to say anything. They come to our defense."

Christian Knapp with Aspen Skiing Company echoes this sentiment. "I think more and more the millennial generation like to align themselves with businesses and brands that speak to their personal values," he said.

"They're basically an activist company more than ever. And their sales are at record setting levels," said Knapp. "Nike saw a 30 percent increase in their e-commerce sales the week after the Colin Kaepernick ad campaign broke."

In other words, he says making a stand politically on climate change can also help a ski company's bottom line. "We do hope it does have a halo effect on our brand," Knapp said.

They'll see just how much as the current ski season gets underway.

Last February, Jackson Hole Mountain Resort launched a new extreme skiing and snowboarding competition. 18 men and seven women competed to be crowned the King and Queen of Corbet's. At the awards ceremony, the top male won $5,000 more than the top female finisher. The incident drew attention to the fact that there's nothing in place to guarantee equal prizes in big mountain freeskiing.

Slippery Slope: Is Skiing Increasingly Just For The Wealthy?

There's no doubt skiing can be a very expensive sport, and now there's a concern that mergers and acquisitions could make it even more pricey. So is it increasingly a sport for the wealthy?

The government shutdown is affecting federally-funded climate centers across the country, including here in our region.

2018 was an interesting year for our region. From elections and population growth to an evolving debate about public lands use, the Mountain West News Bureau tackled all kinds of stories. We took a look back.

At least two states in the Mountain West have opened ski resorts early due to healthy dumps of snow. Many more are scheduled to open next week. This could be a good sign for our region’s economy this winter.

The Snow King Ski Area in Jackson plans to build new infrastructure for outdoor activities, including a new gondola to the top of the mountain where visitors can access a new beginner slope.