Grady Kirkpatrick: Jared's “Side of the Road” is a song aimed at reducing the stigma surrounding substance abuse and addiction. What were the origins of the idea behind the song?

Jared Rogerson: Well, I've always felt that there's sort of these prejudgments that people have. We have all kinds of things that we sort of stereotype or label individuals, whether we consciously do it or subconsciously. And as I was looking into this subject, I found out how harmful that actually is in overcoming some of the crises that we're dealing with right now. For example, the opioid crisis, this isn't something that's just something we're dealing with in inner cities. This is a Wyoming issue right now. And the same stigma applies to issues with mental health or suicide prevention. And what some of these things are, is it sort of the false belief that these issues like addiction is a personal choice that people make, you know, reflecting like a lack of willpower or a moral failing. And that's a false belief. And so when we make those sorts of assumptions, it's harder for the giver to give help. And it's harder for the person dealing with the problem to be able to seek help.

GB: Who were some of the folks you worked with? You partnered with some people, correct?

JR: So all of these things were sort of going on in my mind. And I think specifically because of the opioid crisis that we're dealing with right now. And at the same time the Wyoming Arts Council provided an opportunity with some funding, with support from the National Endowment for the Arts and the Wyoming Legislature to do a project. They were pretty open to whatever ideas you had that would help in the community. And so I sort of took this idea I had and part of the deal was to partner with a local organization. And I thought this would be something awesome to work with the Sublette Prevention Coalition. And there's a Prevention Coalition in every county in the state of Wyoming I believe. So I reached out to our group there in Sublette County, and found out our goals aligned perfectly actually. So I worked with them in helping to bring this project to pass.

GK: And where did you record the song?

JR: I recorded the song where I've been doing a lot of recording at lately, Grady, it was at County Q in Nashville. I wrote the song and then as I was writing the song, I got stuck a little bit. And so I reached out to one of my good friends who I've worked with before who now lives in Colorado. He lived in Pinedale for a long time, and his name is John Fogerty. And we've all heard that name, but this is not that one. But, he chipped in and helped me get through a part I was struggling with. And I think it worked out perfectly. So we co-wrote this song together.

GK: And the song tells the tale of a homebuilder who becomes homeless, right?

JR: It does, I actually worked construction when I was going through college a little bit. So I had sort of that background of pounding nails. And so that was the perspective that I had but the point of the song was that I think we're a lot more compassionate and a lot more empathic if we come to the realization that this isn't somebody's choice. These are things that could really happen to any of us given the right set of circumstances.

GK: And Jared you have a video of the song coming out January 27.

JR: I'm really excited about this video, it'll premiere on YouTube. And so if you go to my YouTube channel, and hit subscribe, you can actually tap the bell and it'll let you know when this video is coming out so you don't miss it. It was filmed and edited by Pinedales very own David Rule. And he's doing work all over the world right now. So it's really awesome to be able to work with him on that.

GK: If anyone is struggling with substance abuse, mental health, how can they get help?

JR: Well, as we were going through this project, we quickly realized that the the opioid crisis, mental health and suicide prevention are also closely linked. If there's a crisis, the best number to call is 988, which is the suicide and crisis lifeline. Or there’s a chat at 988lifeline.org.

GK: You had a busy year last year Jared with the release of Cadillac Cowboy the EP, live performances and producing music videos. What's 2023 looking like so far?

JR: I hope it's just going to build on 2022. After the pandemic, and then a series of gigs that I just felt like weren't where I thought I ought to be, you know,. I questioned, why am I still doing this? And made the decision last year and really sort of relaunched my career that I decided I was going to do this or quit and I'm not a quitter.

GK: We're glad to hear that.

JR: So we're going off and you probably noticed Grady every song comes out with a video now. And that's just part of what I do now. And my band is incredible… all Wyoming based. We've got some actual headliner gigs that I'm so happy to have this year that I can't tell you where they're at right now, because they're not announced. But I'm telling you, there's some exciting things coming up. We'll also be at the Beacon Club in Casper, this spring we’ll be at the Silver Dollar bar in Jackson,and other various places as we're building our schedule for the summer right now.

GK: So look for Jared Robertson and the Rodeo Wreck. Right? More information at jaredrogerson.com. 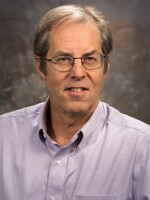 Grady Kirkpatrick
Grady has taken a circuitous route from his hometown of Kansas City to Wyoming. Sometime after the London Bridge had fallen down, he moved to Arizona and attended Arizona State University and actually graduated from Northern Arizona University in Flagstaff. ("He's a Lumberjack and he's OK……..!") He began his radio career in Prescott in 1982 and eventually returned to Kansas City where he continued in radio through the summer of 1991. Public Radio and the Commonwealth of Kentucky beckoned him to the bluegrass state where he worked as Operations/Program Manager at WKMS in Murray and WNKU in Highland Heights just across the Ohio from Cincinnati.
See stories by Grady Kirkpatrick
Newsletters
Get the top stories in local and regional news, podcast updates, and much more straight to your inbox.
SIGN UP
Latest Stories
Related Content