On a Sunday evening, Q. Quallen worked off some stress at the University of Wyoming rock climbing gym. The senior, double majoring in wildlife and natural resources, has had a rough past year.

“When I’m climbing, it’s like a puzzle that I have to solve,” said Quallen. “It’s the only thing that actually distracts me enough right now.”

Quallen focused on moving up the vertical wall one tiny, fake rock at a time; just his fingertips and toes making contact.

“Trusting your hands and your grip because the holds don’t look good,” explained Quallen. “But you put your weight on it, and it will hold you. Unlike a lot of other things.”

The University of Wyoming (UW) is on Quallen’s list of things that are not so reliable. That’s why he filed a complaint to the U.S. Department of Education’s Office for Civil Rights, asking the federal government to investigate UW and its Army Reserve Officers’ Training Corps (ROTC) program.

Quallen was a cadet in UW's Army ROTC program, receiving top honors, on his way to serving the country as an Army chaplain.

"You know you can’t take your friends and family out on the battlefield but you can take God, so I really just wanted to be somebody who could help people that needed that to see that."

That dream was disrupted, Quallen said, following several experiences with sexual misconduct while in ROTC. Quallen feels like there is a pattern of mishandling these kinds of allegations both by ROTC leadership and university officials.

Last year, Quallen and several other cadets came forward about a ROTC staff member who had sexually harassed them.

Quallen said that when Lieutenant Colonel Thomas Haas, who commands the program, learned that sexual harassment was happening among his ranks, he demanded that all cadets disclose their experiences, and questioned the morals of those uncertain about speaking up.

“I understand the sentiment, he just really wanted to get this guy, but at the same time there was a complete lack of sensitivity there for the survivor experience,” Quallen said.

The #MeToo movement has demonstrated that it can take years for sexual assault survivors to accept what happened, let alone report it. The ROTC staff member was ultimately fired, but Quallen said the pressure to report had a negative impact on many of the cadets.

“For several days my apartment was just filled with these mostly freshmen and sophomores that were just lost and confused and terrified and were trying to process and figure things out way quicker than they should ever have to.”

Quallen said that brought on a deep sense of hopelessness and despair. And that, compounded with previous experiences with sexual violence as a teenager, led Quallen to a suicide attempt and brief hospitalization.

The same week he was released from the hospital, he received an award.

“I got out of the hospital on Monday, went to the awards ceremony on Wednesday to actually accept the award for top cadet of the semester,” recalled Quallen.

It was a lot to handle in a very short period of time. The next day, Quallen was hanging out with some ROTC friends at a bar, trying to lighten the mood of the last couple weeks. At the end of the night, Quallen and a fellow cadet were the last members of the group left. There was alcohol involved and the details are fuzzy, so Quallen said he’s not sure how they ended up going home together, but they did.

“The night as a whole is pretty fragmented. The short of it being I basically woke up to being assaulted by him in his home.”

Researchers say fragmented memory is common for survivors. Fear and trauma impair the parts of the brain that create structured memories. So while a detailed sequence of events isn’t there, Quallen said he remembers drifting in and out of consciousness, being restrained and sexually assaulted.

Quallen confided in a friend in ROTC, who in an attempt to help, told a superior officer. Quallen knew the report would travel up to Colonel Haas.

“So I went in and spoke to him. And he was like: ‘Okay, well, I’m calling the Sheriff’s Department because it’s in their jurisdiction.’”

Looking back on that experience, Quallen said it would have been less traumatic to first talk to a counselor at the university, rather than immediately facing law enforcement.

“I was just kind of caught up in everything and honestly didn’t know that. But he was like: ‘This is what we do.’”

Quallen said he went along with what Haas planned.

Ultimately, after completing a rape kit and several interviews, Albany County declined to take Quallen’s case. It’s not rare for sexual assaults to dead end at a police report; especially when alcohol is involved and the details are murky.

When students are involved, universities can offer ongoing support even when criminal cases don’t move forward. UW’s Title IX office, in collaboration with the Dean of Students Office, is responsible for these services. But Quallen said they haven’t been stepping in on ROTC cases.

Lieutenant Colonel Thomas Haas with the UW Army ROTC program said, “If it makes it to my desk then I’m obligated to do something.”

He explained that when reports come in, he can instigate an internal Army investigation, and if he thinks the alleged sexual misconduct is criminal he also contacts local law enforcement. But he didn’t initially mention contacting the university’s Title IX office so I asked why.

So I reached out to Title IX office Coordinator Jim Osborne to confirm UW’s policy.

“ROTC staff are considered mandatory reporters at the University of Wyoming,” Osborne explained. “So if they are aware of sexual misconduct they are bound by university policy to make those reports.”

“I don’t have any records that,” he paused and then said, “I’m not aware of any reports where ROTC has not made a report to my office.”

I asked him about Quallen and he said he couldn’t comment on specific cases. I went hypothetical instead, asking Osborne to confirm that if a student doesn’t hear from him, when we know that a mandated reporter has knowledge of an assault, then we know there’s a broken link somewhere.

Osborne responded: “Probably.” And then added: “And if a student . . . has not been contacted, one of the things that I would hope they would do is contact us themselves.”

That’s what Alexia Huffman said she had to do. She’s a junior who wants to go active duty when she graduates and operate a tank. Like Quallen, she first reported sexual misconduct to ROTC.

Huffman said Haas took action and kicked her stalker out of ROTC, but he’s still a student at UW. She waited to hear how the university would handle that aspect of her case, assuming they’d be concerned about a hacker on campus.

“The Dean of Students knew that this kid did this to me but they never emailed me or came to me to find out more information,” she said.

Huffman read me her emails to the Dean of Students Office and explained she had to contact them twice before getting a response. Now she’s talked to the Dean of Students, the Title IX office, and a sexual violence advocate on campus, but she said she still doesn’t feel confident anything is actually happening.

Professor Matt Gray told me he isn’t surprised when survivors feel that way.

Gray supervises a treatment clinic for survivors of sexual violence through UW’s psychology department. He said while universities have a mandate to respond effectively, UW is not alone in its struggle to figure out how to do so.

Potentially seems like the keyword. Quallen said where there could be intersections, there are gaps. His suicide attempt was a red flag for the military and he’s no longer in ROTC. He said he hopes his complaint with the Office for Civil Rights will help explain why students don’t feel they are getting the support the university says they are guaranteed. 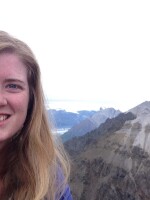 Annie Osburn
Annie is an MFA candidate in fiction at the University of Wyoming. She is originally from Michigan, but comes to Laramie by way of California, Virginia, Montana and Alaska. She earned degrees in Political Science and Law from Stanford University, but has now worked as a wilderness guide for longer than she practiced law. Her writing interests center on the influence of wilderness and isolation on individuals. Her non-writing interests include baking, rock and ice climbing, and playing music with friends and strangers.
See stories by Annie Osburn
Newsletters
Stay connected with our weekly and monthly newsletters! Get the top stories in local and regional news, podcast updates, and much more straight to your inbox.
SIGN UP
Latest Stories
Related Content