May 4, 2018 marks the 150th anniversary of the founding of Laramie. The town will host a week-long celebration of the event beginning at the Wyoming Territorial Prison.

The festivities will commemorate the day that the Union Pacific Railroad line first entered Laramie on May 4, 1868. Historian and sixth generation Laramite Kim Viner has documented much of that history.

“That same day, a locomotive arrived with some, probably not paying passengers, but people who wanted to see what was going on in Laramie," said Viner.

The gathering at the Territorial Prison will feature food trucks, live music, and historical guest speakers.  Special anniversary events include a model train display at the Laramie Historic Railroad Depot, a Cinco de Mayo celebration, and art exhibits. All are free to the public. The full schedule can be found at visitlaramie.org. 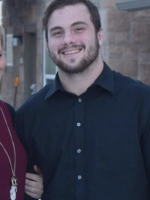 Sam Eagan
Originally hailing from Rochester, NY, Sam was drawn to Laramie to pursue a degree in history as well as to participate on the University of Wyoming wrestling team. Sam's interest in journalism has grown from his love of politics and traveling. Aside from traveling, Sam enjoys reading and video games.
See stories by Sam Eagan
Newsletters
Stay connected with our weekly and monthly newsletters! Get the top stories in local and regional news, podcast updates, and much more straight to your inbox.
SIGN UP
Latest Stories
Related Content