The University of Wyoming Muslim Student Association is inviting the public to experience Muslim people and culture first-hand during Islam Awareness Week, April 8-13.

One of the organizers is an education student from Morocco. Adil Bentahar has lived in the U.S. for four years, and he says many Americans know very little about his religion, Islam. “When I watch the news, I see that much of what is being communicated does not describe me as I am.”

Bentahar says, for one thing, the media doesn’t accurately represent the diversity of the world’s 1.6 billion Muslims: 85 percent of Muslims are not Middle Eastern.

“I would highly encourage people to consider other versions of the story,” he says.

Bentahar says the best way to understand Muslims is to hear their own stories and ask questions. “If you have a question about Islam, ask a Muslim! Don’t ask the news.”

One of this week’s events is a panel discussion on Wednesday evening exploring “Stories of American Muslims.” Islamic Awareness Week concludes Sunday night with the provocatively titled keynote talk “Can Muslims Be Good U.S. Citizens?” Bentahar says they’re addressing the question because it’s one people ask. 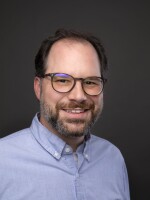 Micah Schweizer
Phone: 307-766-3587
See stories by Micah Schweizer
Newsletters
Get the top stories in local and regional news, podcast updates, and much more straight to your inbox.
SIGN UP
Latest Stories
Related Content