The U.S. Fish and Wildlife Service is removing wolves from the Endangered Species List in Wyoming. The animals had almost died out before being added to the list in 1970s, but the population has since rebounded.

Today’s announcement means Wyoming – not the federal government – will manage wolf populations. The state will allow the animals to be shot on sight as predators in most places, and will require hunting licenses in a few areas. Wolf hunting season is set begin October first.

“Our plan is heavy in monitoring to make sure that never happens,” said Steve Ferrell, wildlife and endangered species policy advisor to Gov. Matt Mead. “We’ll be monitoring for breeding pairs, total number of wolves, packs, we’ll even monitor genetics for genetic interchange.”

“We’re concerned that Wyoming has not committed to maintaining an adequate wolf population,” said Jenny Harbine with the conservation group Earth Justice. “Without enforceable protections in place in Wyoming law, we’re concerned that whatever intentions Wyoming is expressing now may be cast aside with political winds.”

Earth Justice and other groups plan to challenge the de-listing decision in court.

There are currently about 270 wolves in Wyoming, outside of Yellowstone National Park. 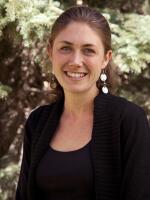