This spring, the Wyoming Game and Fish Department reported an increase in bald eagle and trumpeter swan populations. Non-game Biologist Susan Patla conducted an aerial survey of the Jackson and Pinedale area last month to estimate the birds' populations.

Patla says the surveys showed that bald eagle numbers have grown stronger, even since they were removed from the Endangered Species List in 2007.

"The heart of the recovery in Wyoming was actually here in the Jackson area along the Snake River. And Wyoming Game and Fish Department started a study back in the 1980's  where we documented the increase from very low numbers of birds to what we have now, where I monitor in my flights almost eighty nests," she says.

Patla says the tow bird species are important to the state. "These are both very special species, and a lot of people come to Wyoming to see both trumpeter swans and bald eagles. And I know both residents and tourists really enjoy these birds," she says.

Trumpeter swans and bald eagles aren't migratory. Instead, Patla says they move around throughout the winter in search of open water. She says she plans to conduct another survey in May to see how many young bald eagles have been born, and how many trumpeter swans are nesting. 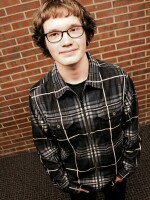