A bipartisan group of indigenous state lawmakers just published a letter condemning the President’s use of the name “Pocahontas” in a recent Montana rally. They say it hurts the already-wounded image of Native American women.

For Susan Webber, it was like Trump was using a curse word. 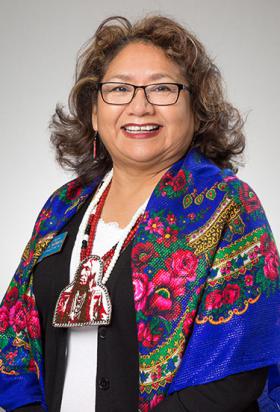 Webber, a Montana Democratic lawmaker and member of the Blackfeet tribe, helped co-write the letter. She said the name “Pocahontas” is used by some as a stereotype for sexualizing native women.

“Indian women are seen as the ‘Pocahontas,’ the Indian princess saving the white man,” she said.

Native women face some of the highest sexual violence and assault rates in the nation.  In the vast majority of those cases, the perpetrators are non-native.

Webber said Trump’s use of the name “Pocahontas” is on par with another racial slur.

“He could be using squaw, you know? This harlot,” she said.

Webber was one of 10 lawmakers representing indigenous communities in Montana who signed their name on the letter.

A controversy over the names of two landmarks in Yellowstone National Park highlight a forgotten genocide in the U.S. and how historical awareness, conflicting narratives and misinformation help muddy the waters.

The Bureau of Land Management planned to lease about 18,000 acres of land in southern Colorado for oil and gas drilling. Now, the bureau says it’s holding off so it can consult with the Navajo Nation.

Large crowds turned out for the grand opening of the new Native American Education, Research and Cultural Center on the University of Wyoming campus. Eastern Shoshone elder Stanford Devinney blessed the new center with a prayer while the building received a cedaring ceremony from Northern Arapaho elder Crawford White.

There's A Crisis In Indian Country, But Who Is Paying Attention?

Listen
Listening...
/
There's A Crisis In Indian Country, But Who Is Paying Attention?

There’s a storm rolling in over the Blackfeet Indian Reservation in Montana. The clouds are low and dark as distant lightning cracks over a green prairie.

Wade Running Crane is starting to get wet.