Wyoming's U.S. Senator Cynthia Lummis is happy with the concessions that led to the election of Kevin McCarthy as Speaker of the U.S. House of Representatives. The Senator from Cheyenne said the election of Speaker McCarthy is a game-changer in the law-making process in the U.S House because it paved the way for reforms and ended a close legislative process that existed during the previous speakerships of John Boehner, Paul Ryan, and Nancy Pelosi.

“During that time, there were very limited opportunities to amend bills on the floor of the house”, Lummis said. “The rules committee would prevent amendments to bills, and the process was very weighted toward what the leadership wanted. It was not a truly open legislative process. So when Kevin McCarthy went through 15 rounds of voting before he became speaker. The results were very positive because the holdouts were arguing not for a different person to be the speaker, but for the rules of the House to open it up to amendments, to bills that offered a single subject, it provided for 72 hours to read bills, putting some conservatives on the rules committee, having an opportunity to increase the debt ceiling with some conditions that would provide for some fiscal restraint the future, and several other really important concessions.”

Lummis also said the Republican-led House judiciary committee, which Wyoming’s newly-elected Representative Harriet Hageman sits on, will look closely at the operations of the Department of Justice which she said exhibits ‘partisan overtones’.

“I am also extremely pleased that she [Hageman] is going to be on the judiciary committee. And also, the fact that the house judiciary committee is going to do oversight, looking at our department of justice, and the manner in which it is functioning in a manner that has partisan overtones, protecting Joe Biden, in ways that it will not protect President Trump and such,” Lummis said.

Senator Lummis will be chairing the Senate Western Caucus and said her priorities for Wyoming this year, include a bill to regulate cryptocurrencies, more effort to conserve the Colorado River, manage wildfires, and advocate for other issues facing the American west. 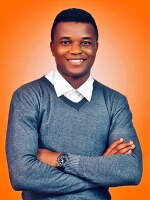 Friday Otuya
Friday Otuya is a master's student in International Studies at the University of Wyoming.

See stories by Friday Otuya
Newsletters
Get the top stories in local and regional news, podcast updates, and much more straight to your inbox.
SIGN UP
Latest Stories
Related Content