Wyoming has the third highest gun suicide rate in the nation. The Violence Policy Center recently analyzed data collected from the Centers for Disease Control and Prevention and found that there is a correlation between gun ownership and suicide by gun.

The Legislative Director for the Violence Policy Center, Kristen Rand said 70 percent of households in Wyoming own guns which explains the high rate of gun deaths.

“Where there’s greater access to firearms we have higher gun suicide rates and usually higher overall suicide rates," according to Rand. "And I think few people are aware that suicide is actually the largest proportion of gun death in the United States.”

Rand said the Violence Policy Center hopes to increase awareness of gun suicide rates and the connection to gun ownership and laws. “We would overall urge people to really look at the risks associated with bringing a gun into your home, but people really need to understand the clear link between having a gun in your home and an increased risk of gun suicide.”

Rand considers this a public health concern as gun suicide is the leading cause of gun death in the U.S. 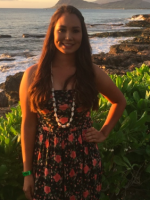 Klara Castillo
Klara is currently a senior majoring in Criminal Justice and minoring in Sociology and Professional Writing. She also works in the clothing department at Murdoch’s and is taking summer classes to finish her degree. She enjoys spending time with her friends and family and plans to move back to Albuquerque, NM after graduating at the end of the summer.
See stories by Klara Castillo
Newsletters
Get the top stories in local and regional news, podcast updates, and much more straight to your inbox.
SIGN UP
Latest Stories
Related Content