There were 35 workplace fatalities in the state last year, according to a report released by the Wyoming Department of Workforce Services. That’s up from 32 in 2011.

The deadliest occupations were in the “trade, transport and utilities” category, with 12 fatalities, followed by jobs in the “natural resources and mining” category, which had 10 deaths.

Almost half of all work place fatalities were the result of what the report called “transportation incidents.”

“Transportation incidents include anything like car accidents, could be a plane crash, could be even a tractor or a horse. Anything people move with,” says Carola Cowan, a programs manager with the Bureau of Labor Statistics.

“What we’re trying to focus on here in Wyoming is shifting the culture of our work places, to have an emphasis on workplace safety. And we know that that doesn’t happen over night,” said Evans.

2012’s total fatality rate is one death higher than Wyoming’s average for the past two decades. 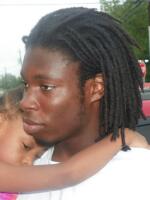 Jordan Harper
Originally from Chester County, PA, Jordan Harper comes to us by way of the South Carolina Low-Country and Coastal Carolina University. He is a junior majoring in journalism and hopes to one day become a reporter. When not in the office or in the classroom, Jordan enjoys the occasional yoga session and playing rugby with the University's club team. A life long NPR listener and avid WPR fan since first landing in Laramie, Harper begrudgingly admitted to being somewhat star-struck upon his first tour of Laramie's WPR facility.
See stories by Jordan Harper
Newsletters
Get the top stories in local and regional news, podcast updates, and much more straight to your inbox.
SIGN UP
Latest Stories
Related Content