Pavillion Residents Urge Support For EPA Ahead Of Subcommittee Hearing

Tomorrow, the U-S House of Representatives’ Energy and Environment Subcommittee will hear about the Environmental Protection Agency’s ongoing investigation of groundwater contamination in the town of Pavillion. However, Pavillion residents say they were not invited to testify.

In December the EPA released a draft report on its three-year water contamination investigation. It indicated that ground water in Pavillion’s aquifer contains compounds that are “likely associated with gas production practices, including hydraulic fracturing.”

Area natural gas operator Encana slammed the EPA’s report along with Governor Matt Mead and other state agencies. That led to the EPA to extend the public comment period on the draft report, analysis on the investigation by the Congressional Research Service, and now a hearing on the EPA’s approach to ground water research by the House Energy and Environment Subcommittee.

Because Pavillion residents say they were not invited to give testimony to the subcommittee, landowners held a press conference today to show support for the EPA.  However, resident Jeff Locker says he’s not optimistic about the hearing.

“I think they’re lacking a big part of testimony by not hearing the landowner and hearing the people that are impacted,” says Locker. “Granted they want to keep the emotions and stuff out of these hearings, but it is very emotional to us that are living here in this area and what has happened to us and our families and the concerns that we have if we’re living in an unsafe environment.”

Pavillion Area Concerned Citizens’ chairman John Fenton says he hopes the hearing will garner more support for the EPA, and that politics will stay out of the investigation.

“There is a difference between science and politics,” says Fenton. “Regardless of how much money this might make for the state of Wyoming, the state will be worthless if we continue to destroy our ground and air and water resources.” 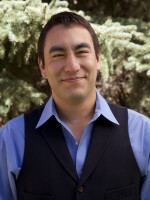