The Boise resident has a solar light for emergencies, a solar battery pack she uses to charge her cell phone and a solar oven she swears makes top-notch steel cut oats.

“I really love doing experiments to see what I can do with these devices,” Hecht said. “We’re harvesting the power of the sun.”

Hecht’s favorite solar gadgets are the panels on her roof. When she had them installed in 2016, she figured it would take about 10 years for them to pay off in savings on her electricity bill. But her calculation and that of thousands of other solar generators across the state could change if Idaho Power succeeds in altering how solar panel owners are compensated for the power they generate. It’s a trend that’s playing out across the West -- electrical utilities want to make changes in how they classify solar power generators. 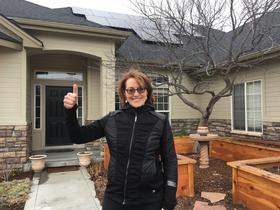 Here’s the issue: like many solar panel owners, Hecht generates more electricity than she uses. That means she can “bank” it with her utility provider. So after sundown, when Hecht turns on her lights, she draws from her electricity bank. For every kilowatt hour her panels generate, she gets a credit for a kilowatt hour.

But Idaho Power wants to change that. The company says that one for one compensation is, in essence, a subsidy.

Costs Of The Electrical Grid

Adam Richins with Idaho Power says solar panel owners aren’t paying for all the overhead costs that go into maintaining an electrical grid.

“It’s the substations, it’s the transmission lines, what you see out on the highways -- these big lines that are making sure the energy goes from one place to another,” said Richins.

Not to mention, he points out, all the engineers and electricians who work behind the scenes -- like in Idaho Power’s control room.

On a recent Friday, technician Mark Briscoe stood facing 18 computer screens and talking on the phone with a dam operator across the state. Briscoe is in charge of monitoring how much energy is produced at all of Idaho Power’s electricity sources -- dams, solar panels, wind turbines, or coal plants. Briscoe can turn generators down, or up if, say, a bunch of customers suddenly turn their air conditioners on.

At that moment, there was an excess of water flowing into a reservoir behind one of Idaho Power’s dams.

“The three turbines, or generators, are at their maximum amount of water they can pass,” said Briscoe. “And there’s more water coming in the dam, so I need to bypass the generators with spill gates.

That’s the kind of troubleshooting he does all day long for a very complicated electrical grid.

“There’s a lot to turning on your light switch,” Briscoe said. “We just take it for granted that the power will be there, but there’s a lot involved in getting the power to your home.”

And utilities across the West believe solar customers like Lisa Hecht aren’t paying for that service.

But are the utilities right -- are solar panel owners subsidized in the current system? The answer depends on who you talk to. A number of utility studies say yes. Renewable energy studies conclude the opposite. 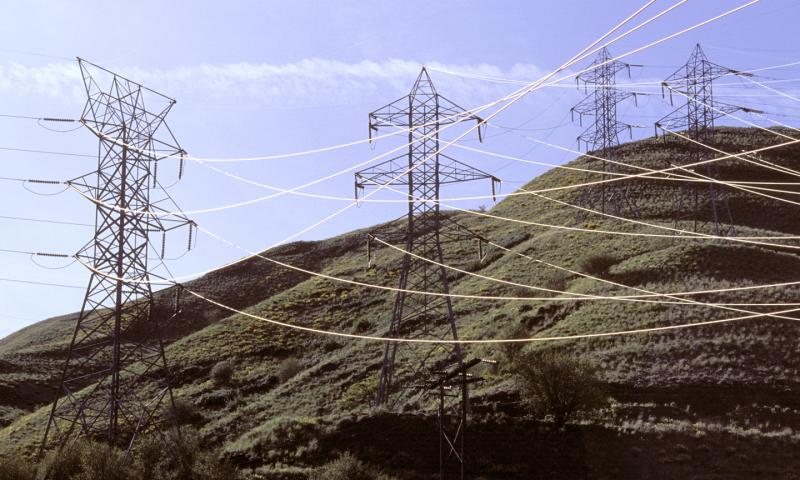 Gilliam wants Idaho Power to prove that solar panel owners are being subsidized before asking utilities commissioners to change the system. And he said there’s something bigger at play here. “Utilities see rooftop solar as an existential threat to their existence,” Gilliam said.

Idaho’s Public Utilities Commission is expected to make a decision on the issue sometime this spring.

Adam Richins with Idaho Power emphasized that his utility has one of the lowest carbon emissions portfolios in the nation and he’s proud of the company’s track record on renewables.

“We’re focused on keeping our costs as low as possible,” Richins said. He adds if solar generators are not paying their fair share for the electrical grid, those costs are shifted to other customers.

Still, Lisa Hecht in Boise is worried that if clean energy is more expensive, fewer people will be willing to pay for it.

“You know we’re at a critical time in terms of our planet. I’m a mother of two and I want to leave a healthy planet for my children,” said Hecht. “We need more clean power sources to get there.”

Teton County contributed $250,000 toward a shared solar energy facility in Jackson. The solar farm was approved by the town council this past August. Instead of individuals and business buying their own panels, customers will buy solar power from the plant.

The chair of the Teton County Board of County Commissioners, Mark Newcomb, said the farm will help alleviate pressure from their main source of energy: hydropower.

Over the past decade, the market for Mountain West coal has cooled. Renewables and natural gas in the U.S. are cheaper, stocks are tumbling and some coal companies are even teetering on the edge of bankruptcy.

The Obama Administration announced the approval of two major transmission lines, one that will travel 728 miles across southern Wyoming to Nevada, delivering 3,000 megawatts of energy, enough to power 1.8 million homes. A second 400-mile transmission line called Energy Gateway South has also been approved for Utah.

Some 60 new wind, solar and geothermal projects are slated for development around the West. Bureau of Land Management spokesman Brad Purdy said, the energy grid is in need of such modernization.

Colorado's Solar Gardens Put Renewables Within Reach For The Poor

For the poorest amongst us, paying every bill can be a struggle, including the power bill. Solar power hasn’t really been a go-to option for those at the bottom, but that’s starting to change. Colorado’s largest utility – Xcel energy –  recently announced an expansion of a program to provide solar energy to low income residents. Its part of a proposed settlement agreement with the state’s public utility commission.