Wildfires are still burning across much of the Mountain West. In Colorado, heat and drought are pushing fires into new areas. In Utah, evacuations are still in place for two blazes.

Meanwhile, new information is out about what caused the death of one Utah firefighter last month during California’s Mendocino Complex Fire.

According to a new report from the California Department of Forestry and Fire Protection, also known as CAL FIRE, he died after a very large air tanker flew overhead, dropping enough flame retardant over the area to uproot a 90-foot tree and break other similarly sized trees. Three others were injured by falling debris.

The air tanker was flying much closer to the treetops than it was supposed to, at about 100 feet above the treetops. According to the National Wildfire Coordinating Group, the minimum drop height for very large air tankers is 200 feet above vegetation. 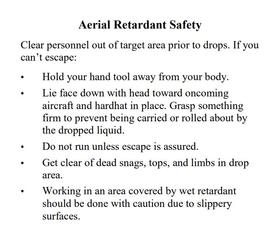 Firefighters had been warned to move out of the area more than an hour before, but it isn’t clear they got the message.

The "Lessons Learned" section of the incident report suggests they may have been distracted.

"Fireline personnel have used their cell phones to video the aerial retardant drops. The focus on recording the retardant drops on video may distract firefighters," it reads. "This activity may impair their ability to recognize the hazards and take appropriate evasive action possibly reducing or eliminating injuries."

Wildfires are still burning across the West and the demand for big air tankers is growing.

Forest Service research has found that between 2000 and 2012, large air tankers accounted for 17 percent of wildland firefighter fatalities.

Nearly three hundred names have been added to the Fallen Firefighter Memorial in Colorado Springs. Occupational cancer claimed many of those lives.

Teams of people from the Mountain West, including firefighters and Red Cross volunteers, have already been deployed to the East Coast in preparation for Hurricane Florence.

The State Senate gave initial approval to a bill that would remove binding arbitration in collective bargaining cases between cities and firefighters. That is when an arbitrator rules on a dispute and both sides must accept the decision.

Republican Dave Kinskey, the former Mayor of Sheridan, says his community has too often been forced to live with the ruling of an arbitrator who lives out of state.

He says non-binding arbitration would lead to quicker negotiations and return accountability to local government.

A series of small forest fires that started this week in northern Utah and southern Wyoming are being investigated as arsons.