The Mountain West region has the first airport in the country to pilot a new kind of security screening machine. The most obvious feature of Denver International’s new body scanner is that it allows travelers to keep their arms down at their sides while being scanned.

It's appealing to travelers who might have an injury or disability, said Carrie Harmon with the Transportation Security Administration, or TSA. "There are some people who are uncomfortable for whatever reasons with holding their arms over their head." 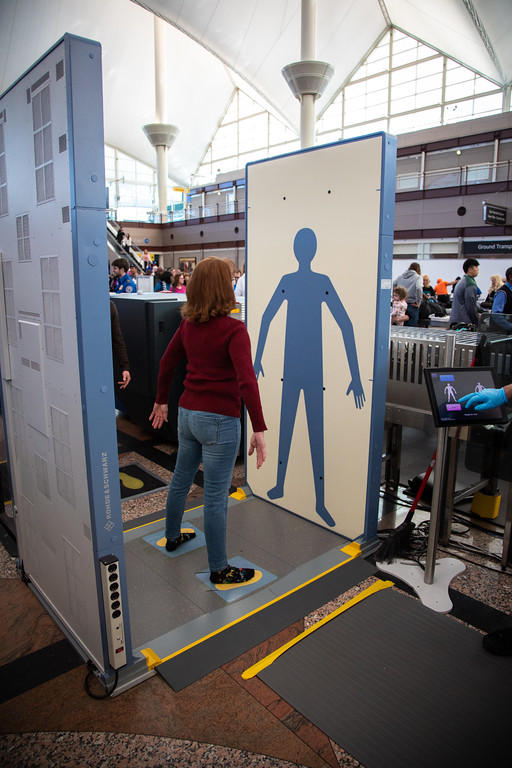 Another advantage of this $300,000 machine, said Harmon, is that this new technology takes only one second to scan in contrast to about six seconds for the older machines.

“That may not seem like much,” said Harmon, “but it adds up during a day when you’re screening thousands of passengers.”

The Denver airport is the fifth busiest airport in the country. If this trial goes well, other airports around the country could adopt the technology.

As a small rural state, Wyoming isn’t a huge player in commercial air service but many want to change that. Currently, a bill working its way through the legislature proposes a new subsidy program that could create more reliable air service.

Cade Maestas is a co-founder of an outdoor equipment company in Lander. Not the most convenient location for an international company since Lander isn’t close to any interstate and the closest airport, Riverton Regional Airport, hasn’t always been reliable.

Large drones may soon be flying in and out of the Powell Municipal Airport. The state of Wyoming might help with the cost of a drone manufacturing plant there. If so, it will be one of the first public airports in the nation to allow drones and manned aircraft in the same airspace.

Powell’s Municipal airport, on the top of Polecat Bench, is relatively quiet much of the time.

Where Your Garage Is A Hangar And The Runway Is In Your Backyard: Snapshot Of A Wyoming Airpark

Many of us begin our day by watching the garage door open.

It’s creaking sound usually doesn’t mean anything special: time for another morning commute, or maybe some yard work if it’s the weekend. But for Jack Schulte, the sound of the garage door opening inspires brings up far less mundane feelings.

“It makes me ready,” he says. “To break the surly bonds of gravity.”

Later this month the Wyoming Legislature will be asked to consider a bill that will hopefully stabilize Wyoming’s Air Service. Senate Vice President Michael Von Flatern of Gillette is the main sponsor and he joins Bob Beck to explain the concept.