A record number of Native Americans are running for political office this year nationally and in the Mountain West.

That’s what Mark Trahant said he’s seen in the tally of Native American candidates that he’s been keeping for years. More than 100 hopefuls are running for Congress, statewide office and state legislatures around the country. They represent a variety of parties. 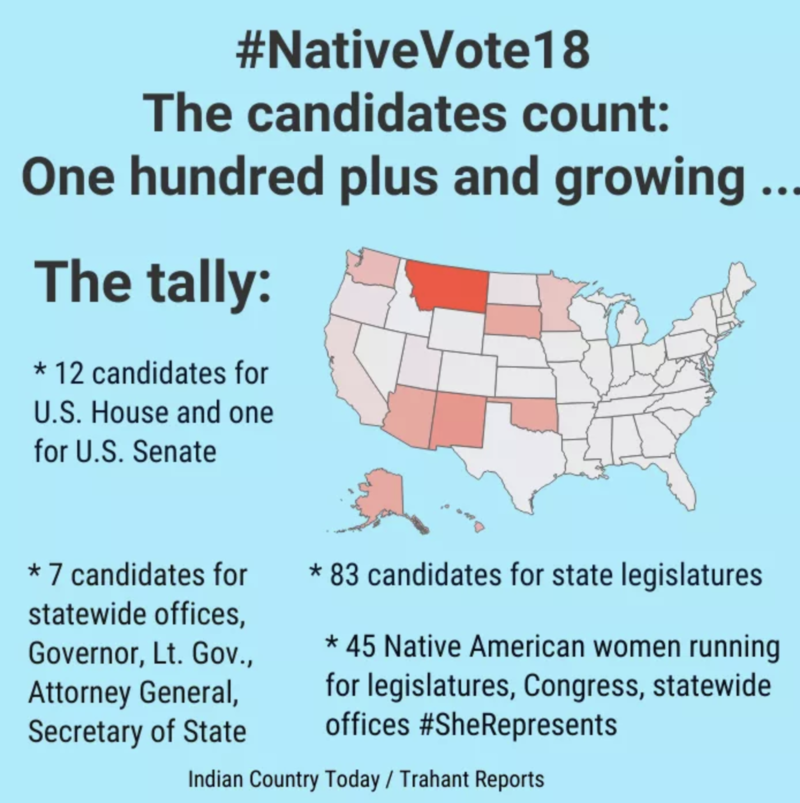 “One of the things I write about a lot in my column is: You can’t win if you don’t run,” said Trahant, a member of the Shoshone Bannock tribe of Idaho and editor of the national news hub, Indian Country Today.

“That to me is the first step — whether win or lose —  is to get in there and to say this is important.”

Some highlights in this year's field include:

Trahant uses #NativeVote18 on his posts, and he also keeps a candidate spreadsheets on his blog, Trahant Reports.

The Wyoming State Superintendent of Public Instruction announced she’s running for a second term. Jillian Balow said there’s more she wants to do.

Travel industry businessman Sam Galeotos, a Republican, grew up in Cheyenne and went on to serve as an executive of an airline company and eventually ran other travel-related companies including CheapTickets.com and Worldspan.

Foster Friess Will Run For Governor

Republican and Jackson resident Foster Friess is running for Wyoming governor. The announcement was made Friday at the Wyoming Republican Party Convention in Laramie.