The 2018 midterms could be the year of the woman and possibly the independent as well - especially in Colorado.

On an early evening in Colorado Springs, as the summer monsoons have just let up, Maile Foster and a small pack of volunteers head out to knock on doors.

A door opens and Foster explains to an older man that she’s not affiliated with any political party.

“So that means I really can bridge the partisan divide and start getting things done,” she said.

Foster has just finished gathering the several hundred signatures she needs to be on the November ballot as an independent candidate for the state legislature. Those signatures still need to be approved as valid, but Foster said she’s already in what she calls the “persuasion” phase of her campaign.

She asks the man at the door what she can do to earn his support. He says he’ll just have to look at where everybody stands on the issues. 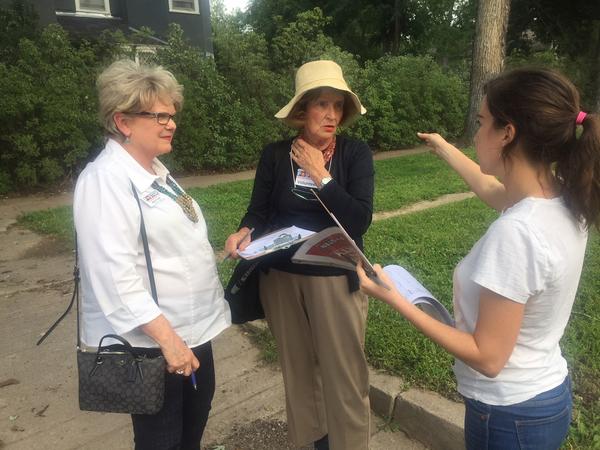 Foster is still learning the ropes as a first-time candidate and she says she has some other potential obstacles to overcome, like being, in her words, “just a little short chubby grandma.”

But she said she’s compassionate and fierce because of that. She said she’s also survived hardship and she guesses that many people in her district understand that and relate to it.

Foster ran away from home at age sixteen and was a single mother by age eighteen. So when someone asked her recently if she could handle the pressure of politics she said, “I almost rolled my eyes and said ‘Hey, I'm a mom. And I was a single mom. And I was living in my Volkswagen van. So don't talk to me about pressure!’”

She has grandkids now and a decades-long career at IBM under her belt. She’s running in a blue-ish district inside a red county in a purple state. She said she herself sits somewhere between the two parties.

She describes herself as “a fiscally responsible person.”

“But I’ve always been for social equality,” she said.

Foster is part of two simultaneous trends here: More women (and more mothers) are trying to run for elected office and more independents are running too. As of 2017, 37 percent of voters nationwide were registered as unaffiliated. That’s more than both major parties.

Maile Foster was recruited to run by a Denver-based nonprofit group called Unite America, formerly known as the Centrist Project. It’s a national organization that recently moved its headquarters to Colorado and they’re trying to build on the momentum of the independent.

The group’s director, Nick Troiano, said, “in Colorado it’s been over 50 years since an independent has won an election for state legislature.”

But Troiano said Colorado is where independents may be able to make the most difference in 2018.

“We believe Colorado can lead the country and the independent movement,” said Troiano, “because it is a microcosm of the country as a whole – roughly evenly divided between Democrats, Republicans, and Independents, although Independents have the plurality.”

“We know from some data out of Congress,” Troiano said, “that female legislators are more able than their male counterparts and more desirous of being bipartisan.”

Thea Chase agreed. She’s another mother of grown children who’s running as an independent.  Her district is rural and conservative. She she thinks that women’s “collaborative nature is something that plays well for government.” 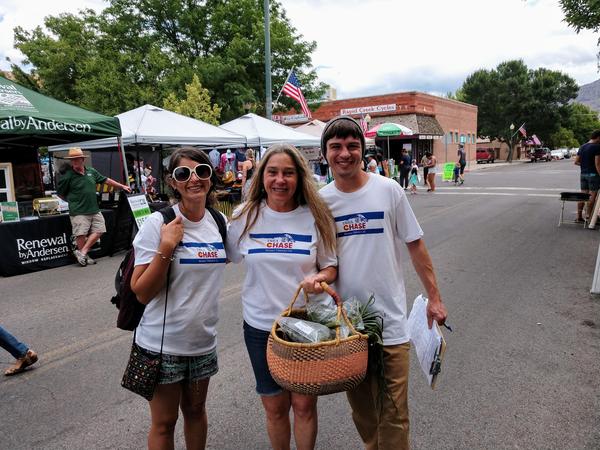 She said like Foster, she too sits between the dominant political parties and hasn’t been able to find a home in either one of them.

She’s not in favor of a lot of taxes. “I’m certainly very conservative in that regard,” she said. “And on the flip side, I love our environment, the public lands. And I’m also very much committed to the support of LGBTQ issues and fairness as far as gender and race.”

Much of her district voted for Trump and continues to support his administration. Still, Chase believes people are universally frustrated with the major parties.

“I heard that loud and clear,” she said, “as soon as I said hey I’m running as an independent candidate, because I want to represent people rather than parties, they’re like ‘Well yeah, this is good!’”

She said as a woman and as an independent, “we’re blazing some new ground and there’s a lot of the institutions that don’t quite know what to do about it.”

Both Chase and Foster say they’re not taking any PAC money and are raising competetitive campaign coffers regardless.

In the last couple of weeks, Republican voters in Wyoming received at least two mailers from so-called “dark money” groups. Those are political groups that do not disclose their funders. Now, state representative and Elections Committee Chairman Dan Zwonitzer is condemning those types of ads.

Republican state senator Leland Christensen of Alta is running for Wyoming Treasurer. He does not have a background in finance, but said the treasury staff is highly skilled, and that he would act more as a manager of people. Previous treasurers have also entered the position without a finance background.

The primary election takes place August 21 and candidates are hitting the home stretch of campaigning. If you’re a Republican, you are probably aware of the election due to the countless mailers you’ve been getting. Wyoming Public Radio’s Bob Beck has been following the campaign for governor and joins Caroline Ballard for an overview of the primary race.

Mountain West Dems Win Big In Primaries, But Is A 'Blue Wave' Coming This November?

Even in traditionally Republican strongholds, Democrats are doing really well in primaries across the Mountain West.

But high voter turnout in primaries doesn’t necessarily indicate a blue wave will sweep across the Rocky Mountains this November.

School Board Elections Ramp Up

Wyoming’s gubernatorial and congressional races are in full swing, and starting Wednesday things are heating up for those interested in a seat on their local school board. Candidates have until August 27 to declare their intention to run in November.