Faces Behind The Fires: What It Takes To Lead Wildland Firefighters

Rowdy Muir started fighting fires on the front lines when he was 27.

"I came up the hard way," said Muir, the son of a forester. "I learned how to swing a Pulaski. I ran a chainsaw in '88 [at the Yellowstone fires] for 30-some days. It helps you remember what it's like to be on the ground."

Thirty-two years later, he's a wildfire commander. And he said that experience on the ground makes him a better leader of wildland firefighters, most recently as an area commander.

There are just three Area Command teams in the nation, and Muir led one of them last season.

Area commanders are like generals. They work from afar to prioritize human and material resources. They shift resources to where they are needed among several fires under their command.

"It's anywhere from wildlands suppression crews, engines, dozers," he said. "Logistically, caterers. Aviation is the big one. It's the incident management teams. We actually have to look at the complexity of the fires." 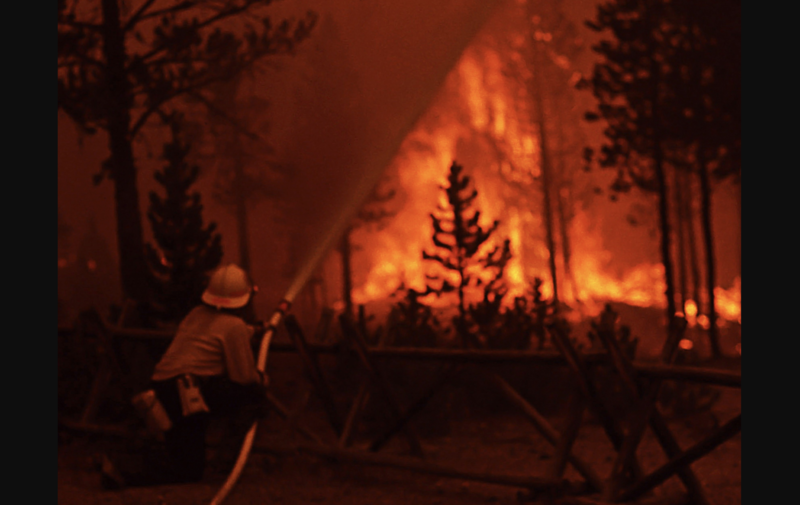 Muir's been on some of the worst fires in the Mountain West: The Yellowstone fires in 1988, the 2006 Rattlesnake Fire in Idaho and the biggest fires in Utah's modern history, Milford Flat, and Colorado's, the Hayman Fire.

Muir is a district ranger at Flaming Gorge on the Ashley National Forest in eastern Utah and Wyoming. In a tour of his office, he talked about a few shadow boxes that contain small tokens of the strong relationships he's made during those disasters.

One's from a U.S. Interior Secretary. But many others come from the small communities where his teams have battled flames.

"People want to pay tribute to you," he said, "or thank you for the things you do, so you end up with a pin or a coin or a belt buckle."

This year's fire season is just beginning, so his days are filled with a lot of hurry-up-and-wait. Area commanders like Muir only get called into action when a disaster gets big and complicated, like Montana's fires last summer.

The role sometimes requires coordinating the efforts of tens of thousands of people, and Muir's learned that it's not just about putting out fires. 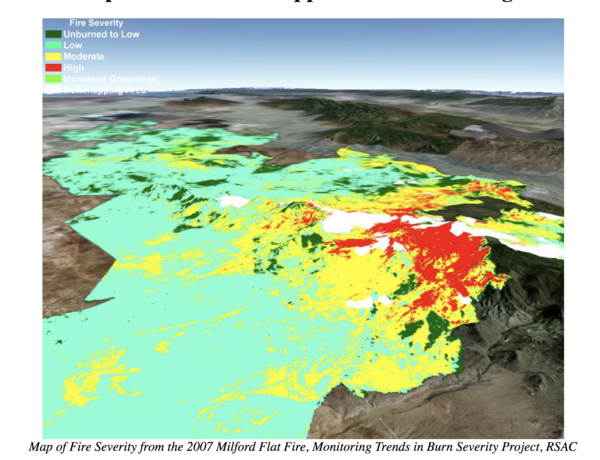 "When I was young and energetic, I'd have jumped off a cliff to cut down a tree that was on fire — that's just the way it was," he said. "But I think as you come up through the system and you know you learn lessons and you see things, then your whole mindset changes."

This became personal for him when his own daughter trained as a firefighter.

"From then on, I think fire became more about the people than about the task," he said. "You know I have to thank her for changing my thought process."

But one thing hasn't changed: Muir's love for what he does.

"It's no different than a first-year firefighter going on the first fire," said Muir.

And Muir said he's sure to keep sight of one thing: "I've always told everybody I've ever worked with, ‘Is this the mountain you want to die on?' And I think people look at that and say, 'No, it's not.' I don't think any mountain's worth it."

Forecasters predict a severe fire season ahead. So, for now, Muir's just looking on — but if those predictions pan out, he'll be at the helm again this summer.

Faces Behind The Fires: Fish Biologist

Fire experts say this season could be big for wildfires in our region. Our Mountain West New Bureau takes you behind the scenes with stories about the people who protect our communities, land and wildlife during wildlfire season.

This story is about the people who rush into the smoke not to save people or structures, but … animals.

Faces Behind The Fires: Hotshots

Wildfire season is ramping up across our region. There are all sorts of people involved in waiting, watching and fighting them -- people you might not expect. We’re profiling some of them in a series, Faces Behind The Fires.

Lyle St. Goddard, 56, is running along a dirt trail on the Blackfeet Reservation in Montana.

“It takes me about a lap to loosen up,” he said.

Being a hotshot is a young man’s game.

“I still can do it,” St. Goddard, one of the oldest crew members in the country, said. “I just got to keep in shape. I’ll be okay.”

While Colorado and Utah are prepping for a severe wildfire season this year, Montana, Wyoming and northern Idaho have been counting their lucky stars because all three states had a huge snowpack this season.

“We have the best snowpacks in the country,” said meteorologist Michael Richmond.

When all that snow melts, it’ll keep the forest wet and protected from fire.

However that doesn’t mean the region is free and clear.  Richmond said it may get hotter and drier than usual this summer. A lot of heat and no rain can dry out a forest within a week or two.

When it comes to being prepared for an emergency, much of our region lags behind the rest of the country. That's according to a new report from the Robert Wood Johnson Foundation.

The omnibus spending bill passed by Congress last month earmarked billions of dollars for fighting wildfires.  Many conservationists and politicians celebrated that change.

But the legislation also rolls rolls back some environmental protections and that has split the conservation community.