The 100 Deadliest Days for car and truck crashes starts Memorial Day and ends on Labor Day. It’s when fatalities spike the tally, leading to more than 1,400 deaths in the Mountain West. 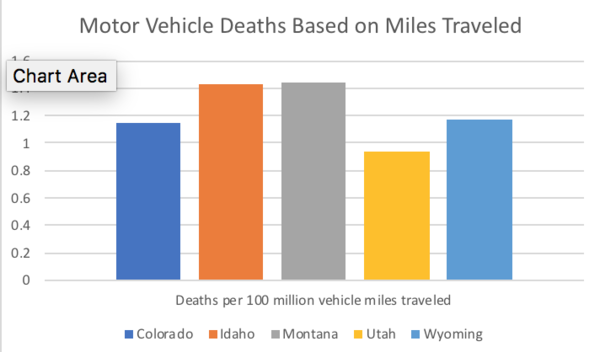 “We go out on the roads and look for those that are speeding, those that are not wearing their seat belts, those that may be driving impaired, distracted or drowsy,” said Sgt. Todd Royce, a spokesman for the Utah Highway Patrol.

AAA says the number of deadly crashes among teens surges in summer. One big reason is phones. Another is distractions from passengers in the car.

“It’s kind of a new territory for everybody and we’re trying to figure out the best way to minimize harm.”

According 2016 data from the Insurance Institute for Highway Safety, Utah has the lowest highway fatality rate in the Mountain West — 9.2 per 100,000 people. Wyoming is the highest in the region at 19.1 per 100,000 population. 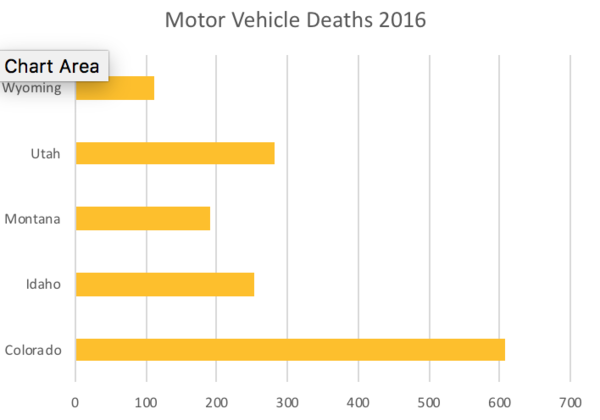 In this past budget session, Wyoming’s state legislature funded a $30 million project that would benefit a coal mine that’s owner may soon go bankrupt. Westmoreland Coal Company is over a billion dollars in debt and has mentioned the possibility of bankruptcy in this past quarterly report. State legislators approved the sizable project, which would invest money relocating the highway U.S. 30 to accommodate a mine expansion.

Report Says Wyoming Most Dangerous State For Driving In Snow

According to a new analysis from the website SafeWise, an online resource that provides information on safety for communities, Wyoming ranks as the most dangerous state for driving in snow.

The Wyoming State Historical Society has published a new book about the controversy and conspiracy that surrounds Interstate 80 and its dangerous past. The book is called Snow Chi Minh Trail: The History of Interstate 80 between Laramie and Walcott Junction.

The 77 mile stretch of interstate is considered especially notorious for its tragic history. The book’s title refers to the mountainous roadway used by North Vietnamese soldiers to reach South Vietnam during the Vietnam War.

UW Studies How To Make Highways Safer Through Technology

Wyoming’s stretch of Interstate 80 is notorious for dicey weather conditions and heavy truck traffic. But it’s also a great place to study how to make driving safer, and that’s why it’s the testing site for a collaboration between the Wyoming Department of Transportation and the University of Wyoming.