In addition to activity in reconciling the House and Senate funding for 2015, public broadcasting (and all other agencies) are subject to sequestration.  Should these spending cuts be implemented January 2, WPM stands to lose 8.2% of its federal appropriation.   A full report on how the Administration plans to implement the sequestration can be found below.

WHITE HOUSE RELEASES REPORT ON SEQUESTRATION
On September 14, the Administration released its report,as required by Congress, on how it plans to implement the sequestration (across-the-board spending cuts), scheduled to begin in January. The cuts include an 8.2% ($36 million) reduction in CPB funding (see page 201 of the report).  The House, Senate and White House must still decide on a deficit reduction plan, or face the looming sequestration that is scheduled to take effect on January 2.

CONTINUING RESOLUTION
The House and Senate are in recess and lawmakers have returned home to campaign and meet with constituents through the November elections. Before leaving Washington, a continuing resolution (CR) to keep the government operating until March 27, 2013 was approved by both chambers and will be signed by the President. Funding for CPB for FY 2013 is $445 million.

GANG OF EIGHT DISCUSSES SIX MONTH PUNT FOR SEQUESTRATION
A bipartisan group of senators, also known as the “Gang of Eight,” is trying to negotiate a roughly $55 billion debt “down payment” that would temporarily turn off automatic spending cuts. The group includes Saxby Chambliss (R-VA), Mark Warner (D-VA), Kent Conrad (D-ND), Dick Durbin (D-IL), Michael Bennet (D-CO), Mike Crapo (R-ID), Tom Coburn (R-OK) and Lamar Alexander (R-TN). The down payment would provide Congress with six months to develop an alternative spending package and would be equal to about half of the scheduled cuts planned under sequestration next year

Though public broadcasting has been funded for 2013 and 2014, the new Congress will need to decide on 2015 appropriations to public broadcasting.  The Senate and House funding for 2015 is vastly different.  The Senate approved CPB funding at $445 million; The House spending bill phases out federal funding entirely by 2015, and prohibits stations from using federal tax dollars to purchase NPR programming or pay NPR dues.  More details about federal funding and sequestration can be found below:

There is hopeful news about federal funding. On February 13, the President submitted his FY 2013 $3.8 trillion budget proposal to Congress. It contained a request for full funding – $445 million – for the Corporation for Public Broadcasting (CPB)’s FY 2015 two-year advance appropriation.

For over 30 years, CPB has received two-year advance appropriations, a practice we believe to be essential for stations’ continued autonomy in program decision-making and certainty in business planning. To date, CPB has retained level funding at $445 million for FY 2012, 2013, 2014, and now 2015 in the President’s proposed budget.

People often ask: What does a cut in federal funding mean to Wyoming Public media? Any cut in Wyoming Public Media’s federal funding is a blow. We currently receive a yearly $280,000 grant from the Corporation for Public Broadcasting to help fund our services. This comprises approximately 12% of our operating budget and provides funding for programming and services to the community as mandated by our license. This funding is critical to our operation, particularly now when a major federal grant program supporting equipment maintenance/replacement was eliminated. The PTFP (Public Telecommunications Facilities Program) helped finance the build out of public radio throughout all states and reaching Americans in the remotest areas. We counted on this grant program to provide matching funds for our equipment needs such as future tower replacements.

We at Wyoming Public Media understand the need for shared sacrifice for the greater good of the nation, but we do urge our legislators to consider funding to public broadcasting judiciously and proportionately. A 12% cut to WPM is serious and affects services critical to the state. Total elimination of the $445 million investment to CPB would cripple the public broadcasting system millions of Americans depend on. Would it provide a powerful solution to the nation’s deficit problem? That is for every American to decide. Here are the numbers: total elimination of the $445 million investment in CPB represents a 3 ten-thousands of one percent reduction in the $1.5 trillion federal budget deficit.

In an interview last year Colin Powell said “You can’t fix the deficit or the national debt by killing NPR or National Endowment for the Humanities or the Arts. Nice political chatter, but that doesn’t do it.”

It’s our fiduciary responsibility to inform and update you on the status of federal funding, and to provide information about how to contact your Congressional representative to express your views. 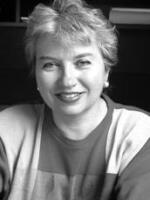 Christina Kuzmych
Phone: 307-766-4241
See stories by Christina Kuzmych
Newsletters
Get the top stories in local and regional news, podcast updates, and much more straight to your inbox.
SIGN UP
Latest Stories
Related Content